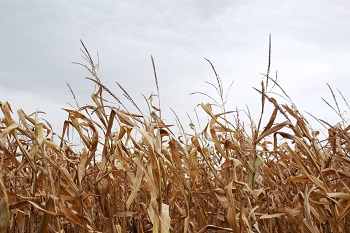 Ten reasons to move to Iowa. From The Hawk Eye, “Iowa has turned to its nearly $9 billion tourism industry in hopes of attracting a workforce to the state.”

“We all know we have a little bit of a workforce problem in Iowa,” said Amy Zeigler, marketing director of the Iowa Economic Development Authority. “Companies can’t find enough workers or employees, and people don’t want to move to Iowa because they think there aren’t enough jobs, so it’s a little bit of the chicken and the egg situation.”

While travel increases interest, job opportunities are what bring most people to a new state.

Iowa is genuinely one of the most underrated states. We have so much to offer including culture, opportunity, a low cost of living and so much more. Here are 10 reasons why living in Iowa is the best, and why everyone should move here.

Our cost of living is much lower than average. It’s around 10 percent below the national average in Des Moines, and much lower in smaller towns. Also, in 2010, Forbes named Davenport/Bettendorf the most affordable metropolitan area in the nation.

At 99%, Iowa has the highest literacy rate in the country, and at 90%, we have the highest graduation rate. Iowa also consistently ranks top in the nation for SAT and ACT test scores.

With a low overall crime rate and second-lowest murder rate, Iowa is the sixth safest place to live, according to Movoto.com.

In Iowa, you will never be bored with the endless summer heat because we have four seasons, and each one is more beautiful than the last.

One of the best things about Iowa is that there isn’t a lot of traffic. There are almost never traffic jams, especially if you live in a small town or suburb.

You won’t have to move to retire, as Iowa was ranked the second-best place to retire, after Hawaii, by MoneyRates.com.

Here in Iowa, we have so much to offer: good jobs, peaceful, low-crime communities, a low cost of living, and so much more. With all these fields of opportunities, why wouldn’t you want to harvest them?

We have a pretty impressive state capitol. In 2014, the Today Show named Des Moines the ‘wealthiest’ city, and it’s known as a fast-growing hub, full of a unique culture that’s all it’s own.

Iowans want to raise their families in Iowa and be closer to their parents, siblings, and cousins.

“There are certain traditions and values here that are different than both coasts,” says Tiffany Conrad, 36, a sales manager at Catch Des Moines who moved back to Iowa seven years ago after stints in Chicago and Santa Monica. “I loved California, but I didn’t want to have a family out there. I wanted my parents close by, and I wanted my kids to have the same memories I have.”

“Real estate developer and entrepreneur Nate Kaeding, 36, moved back to Iowa City five years ago to get his MBA and put down roots. “I put a lot of value on community and being close to family,” he says. “The school system here is amazing. It’s a clean, healthy, safe, entertaining place to raise kids.”

If you’re not convinced yet, let me share a tip with you: Iowans make the best neighbors. And why wouldn’t we? We’re the nicest people you will ever meet.

We will send you FREE information about How to Sell Your House Fast.

Harmony Property Solutions, LLC, is here to help homeowners out of any distressed situation.  As investors, we are in business to make a modest profit on any deal. However, we can help homeowners out of just about any situation, no matter what!  There are no fees, upfront costs, commissions, or anything else. We offer you the simple truth about your home and how we pay cash for houses Cedar Rapids.

Harmony Property Solutions, LLC, is part of a nationwide group of thousands of investors who are helping tens of thousands of homeowners every year.  We may not be the “traditional” route, but we CAN help, and we can do it quickly!

Photo by Joel Drzycimski on Unsplash

This site uses Akismet to reduce spam. Learn how your comment data is processed.